Medical TV shows, especially American ones, are something of a special interest for me. I’m not sure what it is but something about settling down with a good medical show makes me feel incredibly relaxed. In fact, I’m so obsessed I’ve definitely gone back and rewatched my favourite episodes of many of the shows on this list.

This love for medical TV shows was ingrained from a young age, when I watched English soap Casualty with my mum before now. Although my interest is now predominantly in American shows now, Casualty and its memories will always hold a big place in my heart.

I’d be embarrassed to admit this was I not aware that I’m not the only one who loves them. If you’re looking for more recommendations, here I am with the ultimate list of American medical TV shows you’re sure to love.

New Amsterdam is a medical drama that is centred around Dr Max Goodwin, a brand new medical director of one of the United States oldest public hospitals. Unlike previous medical directors, however, Dr Max Goodwin demands change. He wants doctors to do what they do best, which is treating patients, instead of worrying about the money side of things.

If you follow me on Twitter, or like my Facebook page, you’ll know I’m obsessed with this show. I started at 8 AM, and ended up staying up until 5 AM the next morning because I was so in love with it!

This is one of those shows that will have you on the edge of your seat throughout. Each episode ends on a cliffhanger, giving you no choice but to click through to the next one. Trust me, the ‘one more episode’ thing really doesn’t work with this show.

We’re only 13 episodes in, but a second series was confirmed at the end of February, and I can’t wait. It’s predicted that filming will start in September, so I don’t know when we’ll see it, but I hope we aren’t left waiting too long.

Grey’s Anatomy is one of America’s longest-running medical TV shows, recently overtaking ER to claim the title as a frontrunner. This show follows main character Meredith Grey, daughter of elite surgeon Ellis Grey, after her acceptance into the residency program at Seattle Grace Hospital.

I started watching Grey’s Anatomy at the same time as my best friend in our first year of college, a few months after we first met. Thanks to this show, I now know her as my person. For that reason alone, this show will always hold a special place in my heart, and I don’t think I’ll ever stop watching it.

One thing I will say is this show is something completely different to what it was when it first started. I don’t want to spoil anything, but a few characters have left that definitely shouldn’t have.

With that being said, I definitely recommend giving this a watch. It wouldn’t be able to claim the title for being one of the longest-running medical TV shows for nothing, after all.

There’s also a lot of people in this show who have gone on to be super successful in other things, which is interesting. Take Jeffrey Dean Morgan, for example; he starred in Grey’s Anatomy as Denny and has since gone on to star in major roles, like Negan from The Walking Dead.

Okay, I’ll admit; including this on my list of medical TV shows is a stretch, but this is one of my favourite shows at the moment. Besides, there is a lot of medical stuff in this show.

Did you know that every first responder in America has to know first aid? It sounds like common sense seeing it written down, but I honestly had no idea before this show.

Created by Ryan Murphy, who also created Glee, this show is extremely fast-paced. As the show has gone on, it’s also become more character-focused, which is something I love in TV programs.

At the moment, I’m impatiently waiting for season 2B to air, after the mid-season finale lasted on a cliffhanger almost four months ago. My wait will be over later this month and honestly? I can’t wait! 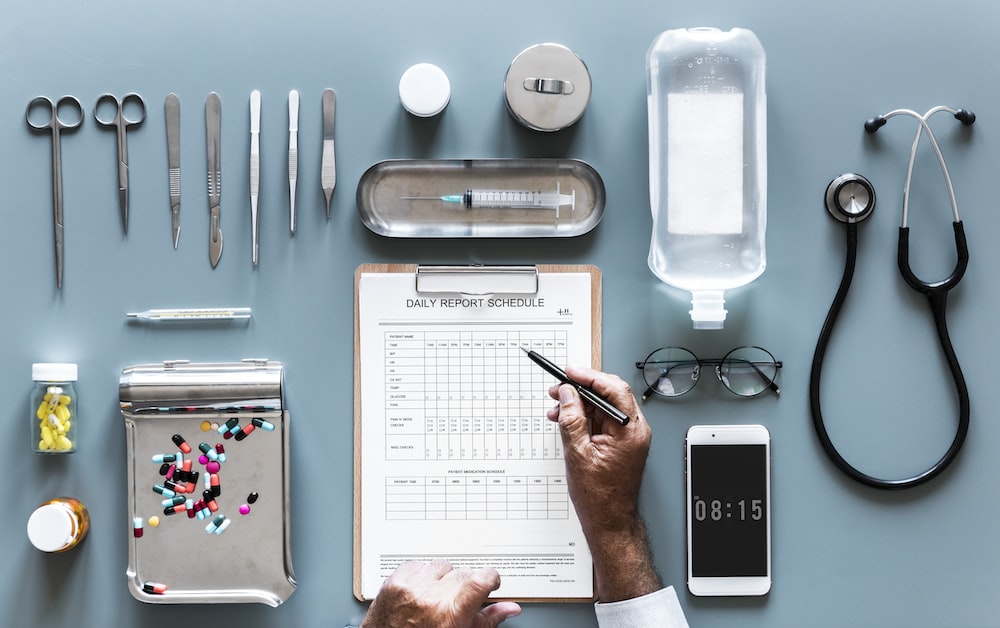 House follows the life of a sarcastic, arrogant medical director, who specialises in diagnostic medicine and will do whatever it takes to solve the puzzling cases that come his way. Alongside his team, the 177 episodes in this series raise awareness for a number of different rare diseases.

Before I get properly into my thoughts, I could’ve sworn that this show was called House M.D. When I Google it, however, it tells me that it was just House. Someone please tell me I’m not alone in thinking this?

Anyway… I loved this show.

Gregory House, the main character, has a level of dry humour that I absolutely love. His bluntness definitely went too far at times, however, but the other characters were always there to point this out and explain how it wasn’t acceptable. I find medical TV shows often act as the main character can do no wrong, so seeing otherwise is really refreshing.

Another thing I really enjoyed about this show was the awareness it brought to opioid addiction. It’s a slow burner that takes place over a number of seasons, but you get to see the true impact an opioid addiction has on someone.

The great thing about this is that it doesn’t necessarily put the blame on the individual. Instead, it shows how addictions can creep up on you, and really humanises a condition that has become massively stigmatized in recent years.

This TV show follows a young, autistic doctor, who uses his savant abilities to uniquely tackle surgical procedures and the diagnostics process in order to save lives. Throughout the show, he must use these abilities to prove he deserves his place at the hospital to a board of medical directors who believe his disability prohibits his ability to do well in such an environment.

I’ve been going back and forth about whether or not to include this in my favourite medical TV shows list. If you’ve been reading my blog for a while, you’ll know I’m autistic, and I know views on this show are very split within the community.

Personally, however, I love The Good Doctor. There are definitely things that the show could do better, but I can personally relate to the main character Shaun a lot.

They also do a lot right. For example, they often stick to identity-first language, something much of the autistic community prefer. A lot of charities and support organisations are going the same way, so it’s nice to see this portrayed in mainstream media, too!

I was going to do a full review of this at some point, so if that’s something you’d like to see, let me know in the comments below. 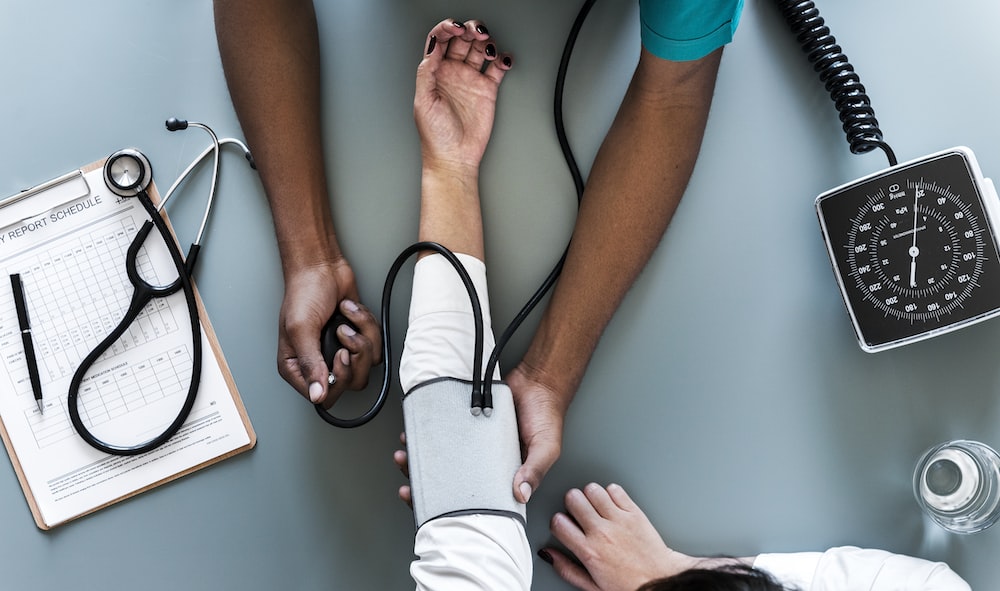 This is another of those medical TV shows that focuses on the bureaucratic side of the medical industry in America. In both series, it looks into how the system is set up to maximise profits, without as much attention to patient care and satisfaction. It also shows how ordinary doctors and nurses, and other medical professionals within the hospital, are doing their best to change this.

Honestly, when I first started watching this show, I wasn’t sure what to think. It follows similar tropes to other medical dramas, but it didn’t take me long to fall in love with the unique way they were portrayed.

One thing that really sets The Resident apart from other, similar medical TV shows, is that they tend to focus on one main storyline each season. These raise awareness of key issues around funding and private medical companies, which is something I hadn’t understood very well before.

I won’t spoil it by going into detail about what each season was about, but they’re really good. I definitely recommend you give it a watch!

Chicago Med follows doctors and nurses from the Chicago Medical Center, as they work to save the lives of those who come through their doors. With a dedicated trauma station, the people they see often have a multitude of serious and critical injuries. For these doctors, nurses, and other medical professionals taking risks is part of their job.

This was the first of the three One Chicago series I found. For those who don’t know, this franchise consists of three shows; Chicago Med, Chicago Fire, and Chicago PD.

While I now watch all three of them, Chicago Med will always have a special place in my heart for being the first I discovered. It’s another show which is very character-based, which I do enjoy for the most part. There are some parts where it does become too fake, especially in this season, but that might just be because I’ve watched so many medical TV shows.

I’d definitely recommend giving this a watch and, if you like it, checking out the other shows in the franchise. They all deal with serious issues, and Dick Wolf is a phenomenal television producer!

The Night Shift is an American medical show that follows the lives of those who work the late shift at San Antonio Medical Hospital. This hospital has a large military population, including half the staff, which influences a lot of the show as a whole. It deals with issues like PTSD, being LGBT in the US army, and post-army life.

The Night Shift is an extremely unique medical TV show that highlights many things that I definitely didn’t know about beforehand.

Those working behind the scenes worked hard to make sure they portrayed awareness about veterans, and their passion really came across on screen. They even had an entire episode played out by real army veterans, which was a really nice touch.

I wrote more about my thoughts on this show in a recent Netflix recommendations post, so why not check it out?

Code Black takes place in the busiest emergency room in the US, where the influx of patients regularly outweighs the resources they have to treat them. It follows the lives of the doctors and nurses who have to work with what they’ve got to advocate and do best by all the patients under their care.

Out of all the medical TV shows I’ve mentioned, Code Black is perhaps the most action-packed. I might call it a tie between that and 9-1-1, but they’re both spectacular in different ways.

Essentially, Code Black is a phrase used in this show when the hospital has reached full capacity of serious patients. It happens almost every day, so medical professionals are prepared to deal with it, but it still gets hectic.

This show ran for three seasons and was honestly brilliant. I loved it, and I wish it had been renewed for a fourth season. Even without that, however, it’s worth giving a watch for those three seasons alone.

What are your favourite medical tv shows? Have you watched any of the ones I’ve mentioned in this post? If so, what did you think of them?

This site uses Akismet to reduce spam. Learn how your comment data is processed.